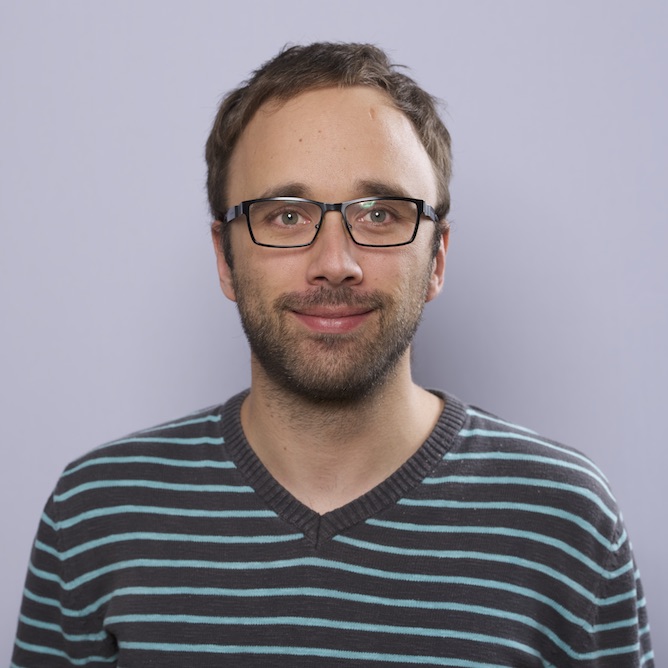 Experienced software architect/engineer and entrepreneur based in Munich, Germany.

I'm a seasoned software architect/engineer and entrepreneur with more than 15 years of professional experience in building solutions for various startups (including my own) as well as small and mid-sized companies.

I'm also passionate about open source contributions. I've authored and contributed to multiple open source projects since 2007, including the Ruby on Rails framework and the Ruby internationalization (i18n) package.

I joined privacy and legal tech company DataGuard in September 2020. As a Staff Software Engineer, I'm helping to grow their Software-as-a-Service platform that assists their customers in managing privacy, information security and compliance.

After more than a decade of freelancing as a consultant and developer, I co-founded my own startup Temedica with the goal of developing sustainable solutions for the healthcare industry and served as its CTO and Managing Director until May 2020. My co-founder Gloria and I grew the company from 2 people in a tiny 20sqm office to ~40 people in 4 years, raising more than 17 million Euros from reputable investors, including MIG Funds and Santo Venture Capital.

I did consulting and development for various startups and small to mid-sized companies for more than 10 years. A list of the most relevant projects and clients can be found below.

ELSNER Pflege is an agency brokering 24h nurses. I’ve built their internal management software to help them manage their clients and nurses including contract management, disposition and accounting.
CodeShip

CodeShip is a continuous integration & delivery platform. I supported them from May 2014 until June 2016 on their way to their Series A fundraising round mainly with backend development.
The Mobility House

The Mobility House (TMH) is a provider of e-mobility solutions. I supported TMH as a lead architect and developer on 2 large-scale projects from 2014 until 2016.
bergshop.com

bergshop.com is an online shop selling gear for climbing, mountaineering and other outdoor equipment. The shop is operated by a friend of mine and I built their shop based on the Spree Commerce platform, authoring 3 Spree plugins (coupon campaigns, PayPal integration, Wirecard integration) along the way.
Pernod Ricard Austria

Pernod Ricard is the world's 2nd largest spirits producer. I created (concept & development) their service barkarte.at (defunct) in 2014/15, which was a web tool to create and order heavily customizable restaurant & bar menus (including an Adobe InDesign export API). I was also responsible for overall project management and coordination with stakeholders (creative agency, printers etc.).
Shore

Shore is a business management suite. I supported them in their early days (when they were still called Termine24) from November 2013 until March 2014 with backend and frontend development.
fingerbook

fingerbook is an online photobooklet creator; I developed all the backend and significant parts of the frontend for fingerbook and helped with concept creation and UX from early 2012 until end of 2013.
MeAndYou

MeAndYou was an online dating platform. I did backend development for them, including a Redis-based profile matching algorithm, in winter 2011/12.
Tito

Tito is an event management & ticket sales platform; I contributed to early development of Tito in Summer of 2011.
Noko (Freckle) / Charm

Avarteq hired me as a consultant and developer for various projects as well as a coach and mentor for their junior developers between 2010 and 2014.
betterplace.org

I helped betterplace.org in their challenges to upgrade from Rails 2.1 to 2.3 with a particular focus on getting i18n running properly.
upstream

I helped my friends of upstream out with a couple of projects, including the reading platform PaperC and Twilio competitor Jamii.
COMMUNITOR

Between 2007 and 2014, I was hired repeatedly by COMMUNITOR as a consultant and developer on various projects, including projects for the Austrian Ministry of Education, beauty.at and auto-motor.at, and contributed concepts and development for their proprietary CMS SiteWare.
BESTgroup / advaBEST

I was hired as a developer to work on the adva-cms content management platform (open source) and the advaBEST business platform (proprietary).
Power4Youth.eu

Power4Youth was a project sponsored by SOS Children's Villages to create a community for children brought up in institutions. I built the whole platform start to finish.

adva-cms
I was a core developer of the adva-cms content management platform. adva-cms was one of the first larger projects that used Rails Engines and the Cells library (now part of Trailblazer).
Steam
In 2009, Steam was one of the first tools in the Ruby ecosystem to allow for (headless) JavaScript-enabled testing. I co-authored the tool together with Sven Fuchs.
Ruby i18n
I was a core contributor to the Ruby i18n package. Among other things, I contributed the cascading backend.
delocalize
Library for parsing localized dates/times and numbers into internationalized formats.
Others
There's a handful of other things I've written and experimented with over the years. Check out my GitHub profile for a more exhaustive list.

I studied Management & Applied Informatics at Management Center Innsbruck (with a semester abroad at the University of Queensland in Brisbane, Australia) and graduated with a diploma in 2008. My thesis analyzed usability concerns for websites with heterogeneous target groups.

Source: GitHub; Layout by Ryan Fitzgerald. Thanks for releasing this under MIT, Ryan!